I just bought a new laptop. Partly because my old one had slowed down essentially to a halt, but also because I needed to shake up the way I work away from my desk. It’s a MacBook Air. It’s my first MacBook and after one week of use, I’m fairly sure it won’t be my last. I’ve been in the market for a small, quick laptop with a respectable amount of power for a LONG time. Now I have it and now I’m looking to change the way I work.

As it’s my first Mac, I need to learn a new OS, but that can only be a good thing. Previously, testing websites on anything other than Windows platforms wasn’t an option for me. While the differences have been fairly minimal up until now, they were differences all the same, and it’s good to at least be aware of them. Having an OS X machine to hand makes that possible.

So, what new process(es)?

Well, with my old Dell laptop, despite its supposed power, I really struggled to get work done on it. I treated it like a proper computer and added many of the applications and software I would on my main PC. It couldn’t handle that and became slow and unresponsive. It overheated and would shut itself down on occasions (it did this from the very start) and approximately 1 in 10 times that I started it up, it wouldn’t make it to the login screen, which meant it needed a forced shutdown and would then do a full blown crash recovery and restore, losing lots of my settings. Pain in the arse. 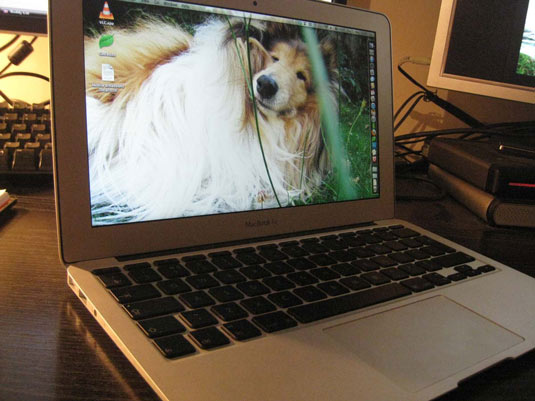 The MacBook Air is unbelievably quick. We’re talking around a 10 second startup and a 3 second shutdown. It makes you want to pull it out whenever you get a spare few minutes to work. This time I’ve loaded only the apps and software I really need. I want to keep it lightweight and flexible. 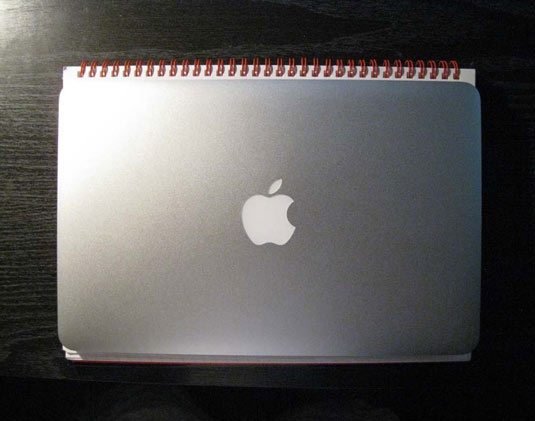 Slightly smaller than a pad of A4 paper

It simply isn’t possible to replicate my home setup on a laptop. So why strive for that? It’s a mobile device. As long as it can do the bare bones of my work in as simple, quick and effective way as possible, it’s fulfilling its purpose.

So this is my setup so far (I can’t promise it won’t change/grow though):

So while the majority of the software I’ve installed is the same as I used on my old laptop, the MacBook just makes it feel easier to use. It’s way more responsive and it has completely removed all frustrations I had previously with working away from my main desktop. Mobility and economy are absolutely key to getting work done when you’re out and about and the MacBook Air has it all tied down. 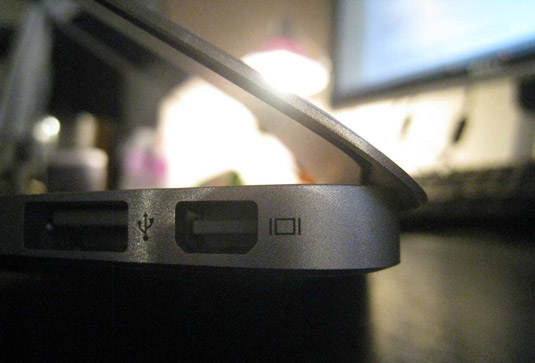 The positives of switching to this machine continue to mount up. Here are some off the top of my head:

Overall, so far, it’s been refreshing and rewarding to use not just a new, quicker laptop, but to also experience OS X for the first time. It’ll take some getting used to and learning the shortcuts will definitely require some serious cognitive priming – there are four fairly similar (from what I can gather) operator buttons in a line in the bottom left corner of the keyboard, all used in conjunction with the rest of the keys to perform innumerate tasks. 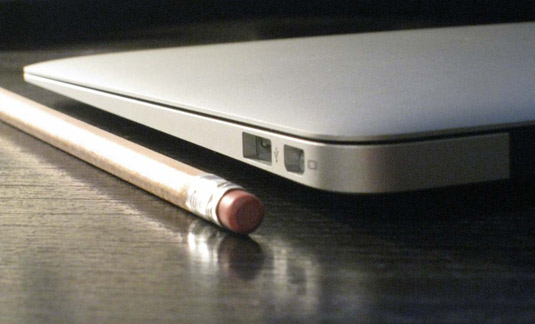 Bit thicker than a pencil

But this thing is genuinely satisfying to use. Which does matter. If I didn’t already enjoy my work, this little Air should breathe new life into it.